How a creative gets organized: Meet my briefcase 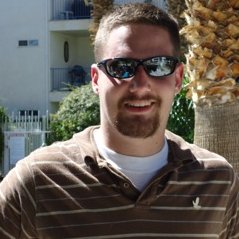 I’ve focused on the work of experienced journalists and writers in a series of recent posts. But one of my goals has been to build a community of writers, and that means giving young writers a chance to showcase work.

Today I’m running a piece by Scott Hansen, a reporter at the Gillette News Record, a wonderful paper in Gillette, Wyoming. Hansen is blessed to work at a paper where good work is supported and encouraged by newsroom leadership.

1. What’s the best advice you received when you were young, and who gave it to you?

2. What do you wish you had done during the first few years of your career?

The first was when I was working as a reporter at a daily newspaper in Eastern Washington. An assistant city editor was a member of the Coast Guard reserve, and when I would make the trip to Portland — it took three hours — I would give him a ride if he had to report for training. He was in his 40s, in the business for decades and had made the transition from reporter to editor. Instead of making small talk, I’d ask him about what he wished reporters knew. What made a good reporter? What made a bad one? How did he grow as a reporter? He was brutally honest. He knew I wouldn’t be talking with anyone in the newsroom.

It was like having a master class in the real world once a month.

He told me to get out of the office, talk to people and learn how to report.

What he gave me were goals, techniques to practice with each story.

That’s the thought those who know little Carson Craig have while watching the 4-year-old play. He dumps over a bucket of toys in search of his favorite — a small Hot Wheels car.

He finds the car and starts his play, making “vroom, vroom” noises. After a couple of minutes, he goes back to the toy pile to find his new favorite toy.

The 4-year-old jumps around in the living room, somersaults and lets out a joyful yell to no one in particular. His level of energy and enthusiasm seems normal for a young toddler.

And his mother couldn’t be happier.

Fourteen months ago, Carson fell ill and in the following days grew worse, not better. A rash developed on his neck and moved up, severe flu-like symptoms manifested and he was vomiting several times a day. His doctors originally gave an easy diagnosis of a virus that would work its way out of his system in a few days.

Finally on Jan. 6, 2014, Malaina Craig took her young son to a pediatrician for blood work, and the results showed progressive kidney failure. In addition, his stomach was distended and hard and nearly every organ in his small lower body was packed with tumors.

“There was severe kidney failure, liver failure. He was badly dehydrated, his gallbladder was the size of an adult’s, it was affecting his lungs, his spine,” she said. “They diagnosed it as lymphoma and then leukemia because it got into the bone marrow.”

The cancer reproduced and began to spread quickly, so Malaina and her husband Jason took Carson to Denver for a biopsy and an immediate start on Carson’s first round of chemotherapy.

“The first round is like a bomb of cells,” Malaina said. “He was on 24-hour dialysis until the dead cells could be flushed out of his bloodstream.”

After that first round, 90 percent of the tumors were eradicated, and Carson spent the next six months receiving another round of chemo once a month.

The young and energetic boy was temporarily replaced by a pale, bald, bed-ridden child.

Carson’s older brothers — Clayton, 12, and Cody, 16 — had to stay in Gillette to attend school while their mother and little brother lived in Denver for several months. Their father commuted back and forth as often as he could.

“At first, it was very surprising,” Cody said. “It was tough, the feeling that I knew my brother was in a life-or-death situation and I had to rely on a hospital for his health. When I got to see him, it was disturbing to see him in so much pain and discomfort. I could barely recognize him.”

“He was always happy to see me when I came to visit,” Clayton added. “It seemed like he needed to see me.”

Jason’s sister Camron Tompkins started babysitting Carson when he was little more than a newborn while both of his parents worked. When the diagnosis came, it hit Tompkins as hard as it hit his parents.

“It was scary. We were shocked,” Tompkins said. “We didn’t know what was going on with him.”

The effects of the disease and the chemotherapy left Carson weak and unable to play with his toys, which caused his mother the most pain of all.

“I just wanted him to be a normal little boy again,” Malaina said. “There was this time that I saw a toddler playing in the hospital waiting room and laughing. (Carson) had not been able to walk. To see a healthy boy and then spending months on end not able to play with his toys is hard.”

But children are resilient. Their young hearts and active immune systems push toward recovery faster than adults. After several months of chemo, the tendons in Carson’s legs tightened up, but it only took one month of physical therapy before he was able to walk on his own again. The eight rounds of chemo did their job well and the boy is in remission with a good prognosis.

Now he’s somersaulting across the living room and answering his mother with a relatively convincing British accent, a characteristic he picked up from Clayton, who’s talented with impressions.

A  4-year-old’s mind can’t grasp the full extent of what is happening to him, and many years down the road the memories will continue to fade. But Jason and Malaina told him he had little bugs in his body that they needed to get rid of, and the chemotherapy was simply a way to make sure the bugs didn’t come back.

“He handled it really well,” Jason said. “He remembers most of the good things, but not much of the bad things. But anybody who goes through this sort of thing should get help like this.”

The help Jason referred to came in droves. Tompkins started much of it, not content to stand by and wait. So she held a benefit, approached local businesses to donate for Carson’s cause, which she called “Carson Strong” and “Pulling for Carson,” and created a Facebook group. Malaina Craig’s company, Gillette Steel, held a raffle.

“After they found out what he was going to experience, I started going with it,” Tompkins said. “I asked people to help me out with it. I knew that they (Jason and Malaina Craig) would be there for a long time and it’s stressful when you’re not working. She had to quit her job and my brother was going back and forth. I just felt hopeless sitting at home.

“I just believe in God and I don’t know — we did the Carson Strong thing and the whole community responded.”

Ashley Wilcox, a Campbell County High School student, created a 5-kilometer walk/run as part of a Pay It Forward program and enlisted the local Quizno’s restaurant to team up with her for one day. From anyone who bought a sandwich that day, $1 of their purchase went to Carson’s fund. All of the donations and help ended up raising more than $28,000, Malaina said.

Then Marci Owens got wind of the little boy fighting cancer. Owens serves as a volunteer for the Make-A-Wish Foundation and decided Carson and the entire Craig family would make perfect recipients for a wish. So Carson was asked what he wanted.

It didn’t take long before he asked for a date with Mickey Mouse at Disney World.

So the whole family — Jason, Malaina, Cody, Clayton and a healthy Carson — will pack up and get on what for many of them will be their first airplane and land in Orlando, Florida, on Monday to spend a week at Disney World, Universal Studios and Sea World.

“I love it,” Owens said of granting the wish. “It’s my way of giving back to my community. These kids don’t have a lot to look forward to and I get to feel like a fairy godmother to them.”

On March 22, the family gathered at Godfathers Pizza with the Make-A-Wish Foundation and received their itinerary and a cake in Carson’s honor. Carson ran up the steps toward the party, every step lighting up a red batman on his shoes, signifying more than just a superhero fan in this case.

“I’ve seen a lot from him,” his mother said. “I’ve seen him get extremely scared and vulnerable, and I’ve seen him overcome it with bravery and acceptance. He’s been extremely strong for all he went through. His age, it’s all about superheroes, and he wanted to be strong like a superhero.

“My wish was for him to get the opportunity to be a normal little boy again,” she said.