The NYC hotel that became a home 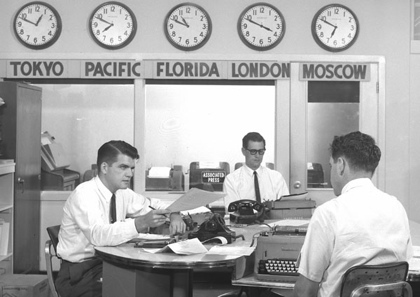 A couple weeks ago I received an e-mail from someone at an Indiana newspaper who found my blog. I remembered the name.

A year after I won the Pulitzer Prize in Feature Writing, Virgina Black – at the time a manager at the South Bend Tribune – had me come out and hold a writing workshop for her staff.

In her e-mail, Black told me that she now writes columns and enterprise stories, finding that “after 20 years of mostly editing, I’m a much better writer and making a bigger difference that way.”

I wrote back, asking Black what she had learned. I told her I wanted to share her thoughts on this site.

“Fresh out of college,” she wrote, “I had been a newspaper reporter for only about two years before “graduating” to jobs as a copy editor, an assignment editor and eventually a top newsroom manager.

“You know how young writers are often advised that to improve their writing, they need to read, read, read other writing? That may be true, but that only works if you’re really studying that other work: for instance, how it was constructed, about what you responded to as a reader, and why.

“Most of us don’t have or take the time to do that.

“And we are often too invested in our own writing, especially early on, to be able to dispassionately assess it.

“Good editors, or those who strive to be good editors, learn to read the work of others with an eye toward figuring out what topics, what vocabulary, what style readers most respond to.

“And they have to analyze for themselves why those words are better so that they may explain and teach those working for them. If you can’t articulate why THIS lead is better than THAT lead, for instance, why would you change it? Such discussions lead to the growth and confidence of writers — and their editors.

“I never entered the editing arena to grow as a writer. (In most of our newsrooms, sadly, traditional editors are still regarded as the most important people in the room.)

“But I believe that was a happy outcome, one that a few years ago prompted me to ask for a new job, where I primarily write enterprise stories and columns and still take the occasional editing shift.

“After being mired for several years in the frustration of leading a shrinking staff with shrinking resources, I have discovered a renewed passion for what we do.”

I’m sure this community of creators would be interested in learning from others who have made a similar transition — editor to reporter, or reporter to editor.

Send me your thoughts, or leave a cmoment.

Here are links to two of Black’s stories.